KMA: What Have We Been Up To?

Home/Occupational Therapy/KMA: What Have We Been Up To?
Previous Next

KMA: What Have We Been Up To?

What Have We Been Up To?

It has been a busy few weeks at KMA!

On 24thJune, Kate and Emily attended their first event for the Hampshire Chamber of Commerce at St Marys Football Stadium in Southampton. It was a fantastic event and was focused around the new members of the commerce, with the chance for these members to introduce themselves by giving a 15 second elevator pitch. Kate did a fantastic job at speaking and managed to fit the key aspects of what KMA do in that short 15 second pitch. It was great to see so many fantastic companies networking with each other. it’s always nice to put a face to the name and you never know who you will be meeting.

KMA are really happy to have become members of The Hampshire Chamber of Commerce, there are lots of exciting events scheduled in over the upcoming months, who knows what possibilities there are! 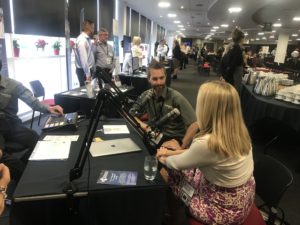 On 27thJune, Kate was asked by Southampton University to give a presentation to first- and third-year occupational therapy students at their annual conference. Kate named her presentation ‘The World is Your Oyster’ with her message being simple: ‘always keep an open mind’.

Kate explained her anticipated life plan when she was 18 years old, and then she revealed what her career pathway has actually looked like. The two were totally different, with her original plan focusing on being an Occupational Therapist for spinal injury patients only. When in reality Kate has lived and worked in New Zealand as a senior lecturer, worked as a Case Manager and has since moved back to the UK becoming the founder and Managing Director of her own company.

Kate urged the students to always be “adding strings to their bow, always learning, always saying yes to new opportunities and always keeping an open mindset to future possibilities”. “If your career path doesn’t go to plan, instead of fighting against it – embrace it!!”.

Kate spoke for about 40 minutes and then answered questions. Her speech was warm and interactive, but also incredibly informative. Her professional manner remained strong throughout however Kate is also one to crack a joke, which kept the tone anything but heavy.

Thank you to Southampton University for inviting Kate and Emily to this great day.

Building up momentum for Georges Journey – A 24-hour spin:

On Monday 22ndJuly, 3 teams of students and teachers are taking part in a 24-hour spin at John Hanson School to raise money for 6-year-old boy, George. George is a student a primary school in Andover and was tragically diagnosed in March 2019 with a rare genetic eye condition called Macular Dystrophy – the condition is causing major vision deterioration and he is rapidly losing his sight. Since March this year the condition has already progressed so much that he now struggles to watch TV, recognise faces, to read, and he is now registered as sight impaired. With the condition progressing so quickly there will be a lot of things George won’t be able to do or see in the near future. George is your typical 6-year-old boy – full of curiosity and adventure and he has always wanted to see 3 particular sights: 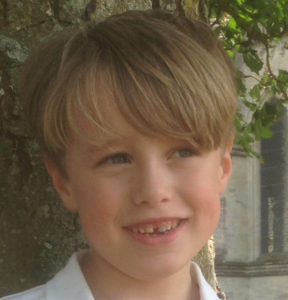 The head boy of John Hanson School heard about George and his bucket list of destinations and got together with his Head of Year, Mr Holmes. They agreed to put on a charity event to raise money for George to visit at least 1 of his bucket list destinations with his family, but instead of putting on a non-school uniform day, they wanted a challenge, and something that would include the public, and not just the school. So, that’s when #Georgesjourney began!

KMA are incredibly proud to be supporting and sponsoring the event! We would love for as many people as possible to get involved and there are a few ways you can show your support.

The event will be held at John Hanson Sports Hall which will be open to the public from 5pm on Monday 22nd and will stay open until 8am on Tuesday 23rd. Feel free to come down and show your support, you can even take part in the 24 hour spin with the spare bike!